MAQ is a highly successful and globally renowned businessman born on 2nd February in Quetta, Pakistan in 1964. Currently, MAQ owns over 50 companies in USA and is also serving on the advisory boards of many reputable firms like Mary Price among others.

“MAQ gained education from Jack and Jill Montessori School in Hyderabad till grade five, there after he studied at SM Public School followed by Saint Public High School in Karachi and then Jinnah College. He graduated in 1982 and also played cricket for the college. After his graduation from Jinnah College he went to Miami Dade College in USA in 1984 where he completed his Bachelor of Associate of Arts degree followed by a Bachelor in Science and Marketing Research from Metropolitan University in Fort Lauder-dale FMU in 1989 respectively. Additionally, he also attained an Honoree PhD degree in Sports in 2012. “

A game changer for sports particularly cricket in the US

“He is the backbone of cricket development in US where he has achieved excellence in making cricket a professional sport in the US. Qureshi has launched major cricket leagues and tournaments like the US Open T-20, T-10 cricket tournament, and Cricket 59 league among other initiatives.”

•“Cricket is a sport Mahammad A. Qureshi got associated with at an early age. He was the captain for Jinnah college cricket team and later also played for Karachi U-19 team which proved that love for cricket was always in his blood. It is pertinent to mention that he went on to play the renowned Quad-e-Azam trophy in Pakistan before moving to US.”

•“I am always open to collaborations, partnerships and discussions for high purpose projects that can benefit the world. From real-estate to sports, get in touch with any idea you would like to work on and we can help eachother build up” MAQ. 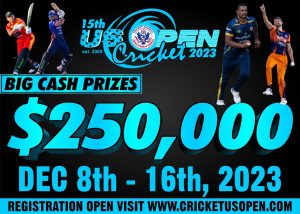